Light steel framing proved to be the perfect solution for a complex and exposed site in an area with difficult access.

A series of 5 student residences, each of 4 storeys height has been completed using Metek’s light steel framing system at the University of Bangor, Wales. The project at St. Mary’s new student halls campus was constructed on a brownfield site, which had become disused in the 1990’s and is located on the side of a hill that required extensive soil stabilisation by ground anchors.

The buildings were arranged in the form of three ‘finger’ wings connected to the main access building, and also a series of a terrace-style town houses. In total, 600 en-suite study bedrooms were built, of which 80 were in the town house terrace.

Metek had previously worked with the main contractor, on two large sites in London and was the obvious choice for this complex logistical project. Light steel framing was the perfect solution because of its light weight for use on made-up ground, its speed of installation and minimal storage requirement by ‘just in time’ delivery of wall panels.

The light steel installation from October 2014 to February 2015 was achieved in double quick time, so that the whole project was handed over to the client in August 2015 in time for the new University term. The project value was some £30 million.

Metek also brought in dedicated mobile cranes for the construction. Bathroom ‘pods’ and half pallet of plasterboard were also installed on each completed floor level before continuing with the floor above in order to speed up the later dry-lining and servicing operations. This was a lesson learnt by the main contractor in previous projects with Metek. The light steel ‘package’ also included decking, concreting, steel beams and posts, and the pre-cast concrete stairs.

The construction progress was also affected by the need to preserve the bat population and bat boxes were connected to the façade. 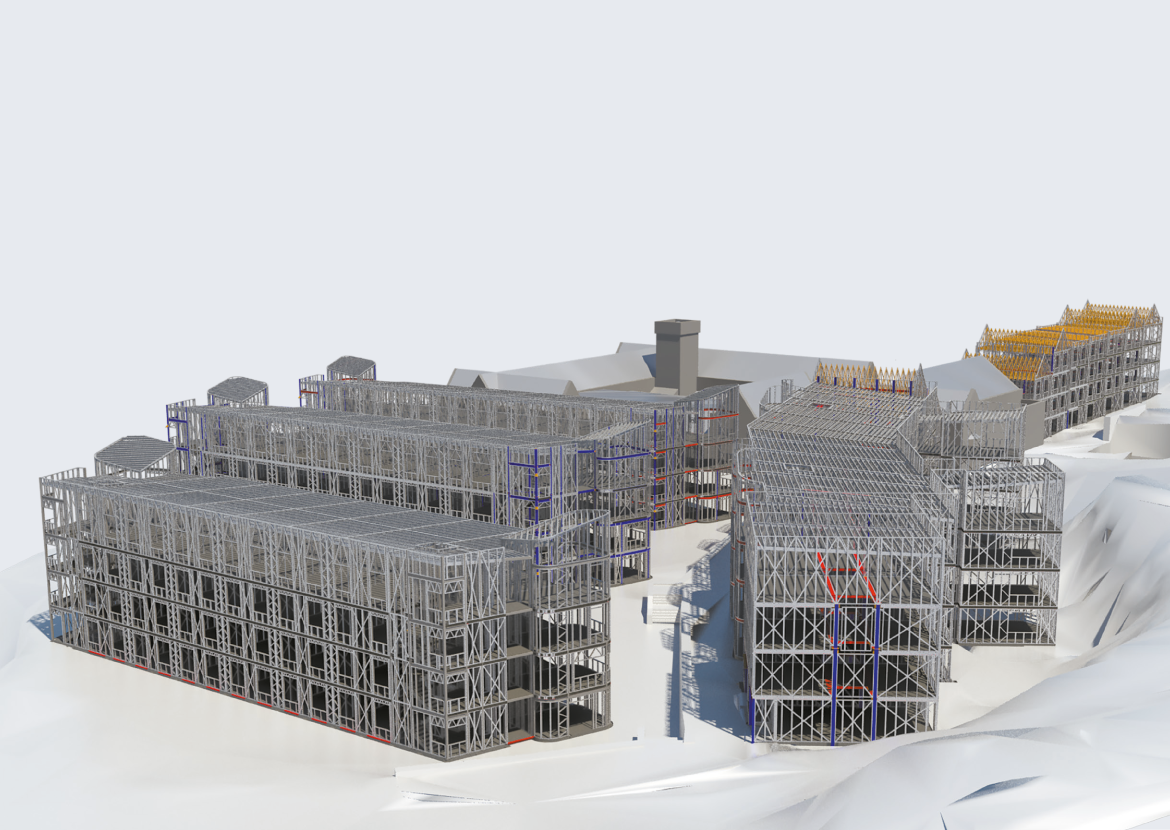 The construction system consisted of a 170 mm deep composite slab spanning 5.2m between alternate walls of the study bedrooms. The other walls were formed as dry-lining partitions to speed up the construction process. The load-bearing walls at the lower levels of the 4 storey buildings used 100 x 1.6 mm C sections in pairs that the wall panels could be made using Metek’s Framemaster machinery in Wolverhampton.

Wall panels were delivered daily and installed immediately to avoid need for storage on site.

Metek was able to make a special 170 mm deep C section to form the edge trim to the periphery of the slab, which was also placed on top of the load-bearing walls to form a ‘tamping rail’ for the levelling of the on-site concrete.

Metek designed and installed the pre-cast concrete stairs and their supporting beams, and also the slim floor beams and posts over the corridors. The 5.2m span slab used 80 mm deep decking that was propped until it had gained its design strength, and the slab was reinforced with T16 bars in the deck ribs.

The roof consists of 200 mm deep C section joists of 5.2m span that were laid to a fall. The cladding consisted of stone ‘bricks’ and insulated render that was attached to the light steel framing for stability. 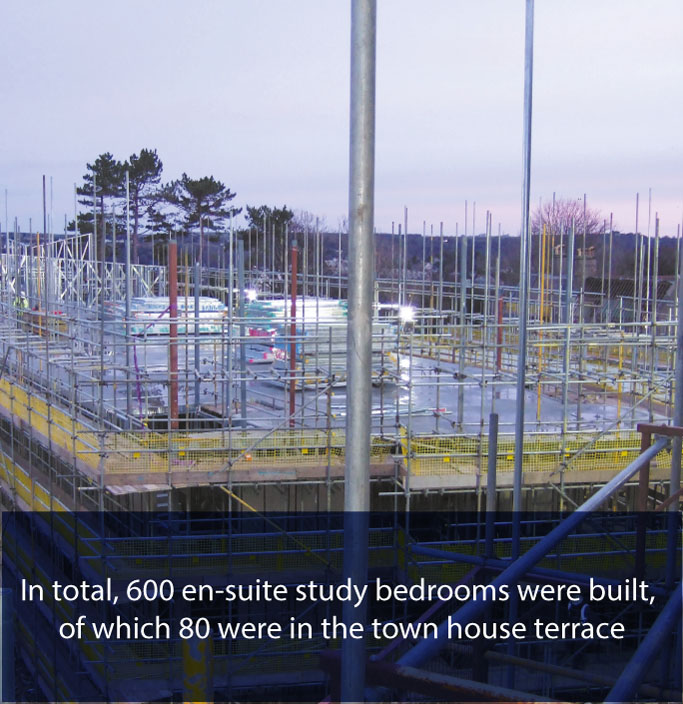 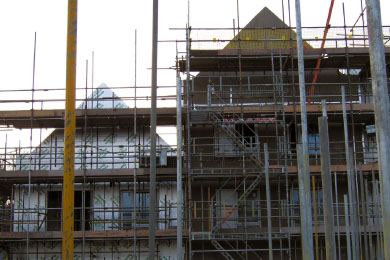 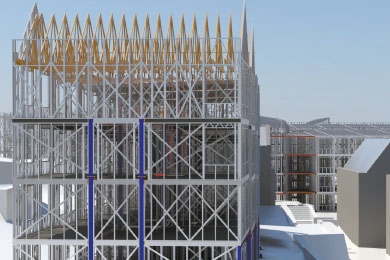